Home » The unlikely Argyle diamond mine life and times are chronicles in this timeline.

After 37 years, the Argyle Diamond mine in the Kimberley region of Western Australia has closed its doors. Speaking at the time, Rio Tinto copper and diamonds chief executive Arnaud Soirat said: “Fifty years ago there were very few people who believed there were diamonds in Australia.” So how did the Argyle story unfold? We track the history of this ground-breaking mine.

Argyle, the fourth biggest diamond-producing mine in the world by volume, averaging annual production of 8 million carats, saw its production peak in 1994, when 42 million carats were produced.

The mine also became the largest supplier of natural coloured diamonds: white, champagne, cognac, blue, violet, and the rare and highly-coveted Argyle pink and red diamonds. At one point, the mine produced 90% of the world’s supply of pink diamonds.

The pink colour of the Argyle signature diamonds is caused by extreme heat and pressure during their creation, conditions that bend the crystal lattices and alter the reflection of light as it passes through the body of the diamond.

While small quantities of alluvial-deposited diamonds were known to gold prospectors in Australia since the 19th century, no volcanic pipe deposits were discovered until 1979.

After a discovery of several alluvial diamonds in the West Kimberley region along the Lennard River, a search of Western Australia for the source of these diamonds was initiated by a consortium of mining companies, collectively known as the Kalumburu Joint Venture.

On 2 October 1979, Maureen Muggeridge, one of the best known women in Australia’s mining industry, discovered diamond samples in the floodplain of a small creek that flowed in Lake Argyle. She then traced the source of the diamonds to the headwaters of Smoke Creek, which led to the legendary Argyle pipe.

An evaluation programme of the available deposits was conducted between September 1980 and November 1983, revealing that only the southern part of the pipe was economically viable. The resulting estimate showed 60 million tonnes of ore, containing 6.8 tonnes of proven diamond reserves and 14 million tonnes at 6.1 carat/tonne probable reserves, occurred to a depth of 350m below the surface.

These ore grades are the highest known for any primary diamond pipe around the world.

As part of the evaluation programme, a bulk sampling of the lamproite was conducted to identify the best mechanical techniques to free the diamonds from the host rock. By the end of 1982, approximately 400,000 carats of diamonds had been recovered from 60,000 tonnes of ore.GlobalData’s TMT Themes 2021 Report tells you everything you need to know about disruptive tech themes and which companies are best placed to help you digitally transform your business.

Finally, in 1983 a decision was taken to commence mining operations. Alluvial mining operations commenced immediately, while the open pit mine was constructed over a period of 18 months at a cost of A$450m.

Since Argyle’s early days, Rio Tinto worked collaboratively with international diamond expert De Beers, with the company selling the majority of Argyle’s output through its firm. However, the relationship allegedly broke down over disputed valuations, which resulted in Rio Tinto taking care of its own marketing operations.

In 1996, Rio created its own sales office in Antwerp, Belgium, with around 90% of Argyle’s production being sent to the vast Indian diamond market.

After Rio Tinto launched its own range of stones, the move caused a short-term crash in the price of low-grade stones. Rio Tinto prevailed in the market with its own marketing campaigns, which focused on high-value pink gems that attracted high prices, as well as an attempt to build demand for dark and light brown gems, which proved less successful.

Prior to 1998, no plans had been made for mining to continue past 2002. However, in October of that year, the widening and deepening of the pit spurred plans for open-pit mining to continue at least until 2006, with a possible transition to an underground operation.

At the time, the Argyle mine became one of the first examples where modern mining techniques were used to find viable diamond deposits and recover gems on a large scale.

Just one year prior to a transition, the company was pondering whether it should change its focus and expand on more profitable commodities such as iron ore, copper, and uranium.

Rio Tinto diamonds and minerals CEO Harry Kenyon-Slaney said at the time: “We have a valuable, high quality diamonds business, but given its scale we are reviewing whether we can create more value through a different ownership structure.”

However, eight years after Rio Tinto was given the initial green light to expand Argyle from an open pit to an underground mine, it was only in 2013 when the company took the step to keep the mine open for as long as possible.

However, with more expensive operations to run deeper mining, the mining costs soon began to outweigh the diamond yield.

In 2017, the mine reached a level where it required extra funds to expand its underground operations by undertaking block caving performed by Sandvik’s auto mining technology. Block caving is a mining technique that requires a high level of initial capital to create an artificial cave, letting the roof progressively fall under gravity.

Around this period, Rio Tinto was becoming hesitant to justify the cost of a new block cave on an orebody that was getting deeper and narrower.

In the same year, the company started giving indications that the Argyle mine was nearing the end of its exploration period.

On 3 November 2020, mining at Argyle officially stopped after 37 years of operations and a yield of more than 865 million carat rough diamonds.

Rio Tinto copper and diamonds chief executive Arnaud Soirat said: “Today, Argyle’s influence stretches into many spheres and over many continents and I am very proud to acknowledge all those people who have contributed to the discovery and development of the mine and the production of some of the finest diamonds the world has ever seen.”

On that day, Argyle employees, Traditional Owners, and local stakeholders attended the closing event at the mine, signalling the formal transition from an operational mine to rehabilitation.

The closure process of the mine is expected to take five years for Rio to decommission and dismantle the mine and undertake rehabilitation, followed by a further period of monitoring.

Rio employed a small workforce after the final mining and diamond production activities, aiming to contribute to the local economy.

On 17 December 2020, Rio Tinto released information from the second to last diamond offering of the Argyle mine, which featured 12 additional lots of unique sets of miniature rare Argyle pink, red, blue, and violet diamonds, weighing 13.90 carats in total.

Rio’s general manager of sales and marketing Patrick Coppens said: “We are delighted with the results of the 2020 Argyle Pink Diamonds Tender, a testament to the unique Argyle ore body and its place in the history of the world’s most famous diamonds.”

The Covid-19 pandemic got in the way of the tender but to overcome this, Rio organised live streaming and an exclusive virtual portal allowing bidders from around the world to see the gems, supported by technology enabling exacting colour calibration and magnification of the diamonds.

The final Argyle Pink Diamonds Tender is scheduled to take place sometime in 2021, drawing upon the 2020 production from the closed Argyle mine. 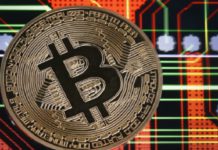