Home » The Tiara of the Queen of Spain sells for $1.6 million. 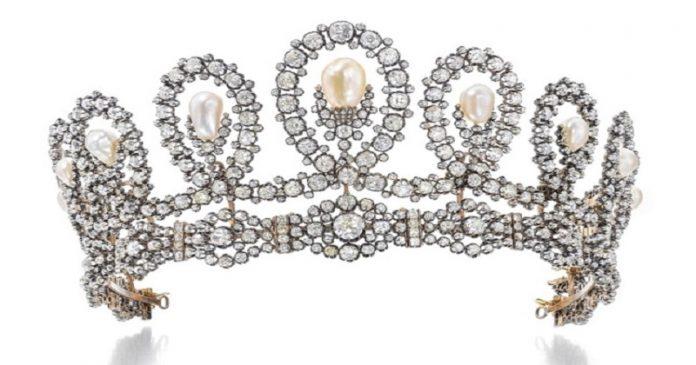 At Sotheby’s Geneva, a historic pearl and diamond tiara from the Spanish royal family sold for $1.6 million.

It is thought to have been produced by Musy Padre e Figli, Turin’s court jeweller and one of Europe’s oldest goldsmiths.

The tiara (shown) features 11 drop-shaped natural pearls and 150 to 170 carats of cushion-shaped, round, and single-cut diamonds, ranging in colour from J-K to SI-I clarity.

The tiara was kept in the family until it was sold at the Magnificent Jewels and Noble Jewels auction last week. The cost was estimated to be between $1 million and $1.5 million.