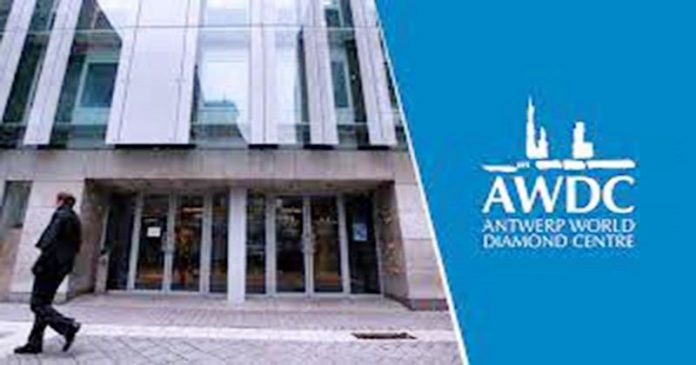 DIAMOND TIMES – The Antwerp World Diamond Centre (AWDC) said that numbers on the trade in the first six months of the year show the city is back on track with the pre -pandemic upturn witnessed in the first few months of 2020, beating 2019 figures on rough trade with double-digit increase. Polished commerce, which is still hampered by a dearth of trade shows and the consequences of the virus in India, is showing indications of resuming normalcy.

Antwerp saw an increase of 11% in total value of traded raw diamonds to $10.4 billion, and a 7% increase in volume to 99 million carats, compared to the same period last year. Apart from the regular supply of rough diamonds via contract sales from big miners, Antwerp hosted more than 75 diamond tenders in the first six months of the year, demonstrating a strong rough market.

“Despite the lingering constraints of the pandemic, with second and third waves in many parts of the world, Antwerp has proven to be a safe haven for producers to sell their rough, where they can achieve consistent, high value for their goods,” Karen Rentmeesters, Senior Manager Industry Relations, said. While competing hubs were forced to cancel bids, new supply of rough found its way to Antwerp, where it is still being sold, as evidenced by very strong rough import data and a crowded market.”

While the rough trade is booming, the polished trade is lagging behind, with 4.3 million carats moved and a total value of $7.4 billion in traded polished items in H1 2021.

“There have been no trade exhibits whatsoever since the onset of the pandemic,” Rentmeesters continued, “which normally promote a lot of circulation of polished items in the industry.” Furthermore, the terrible third wave in India in the first half of this year had a significant influence on the somewhat slower trend of polished business picking up across the worldwide industry, but the last three months have shown good signs.”

Polish imports in Antwerp reached 2019 levels in volume in April, climbing past June 2019 statistics, and a similar trend can be seen in polished exports.