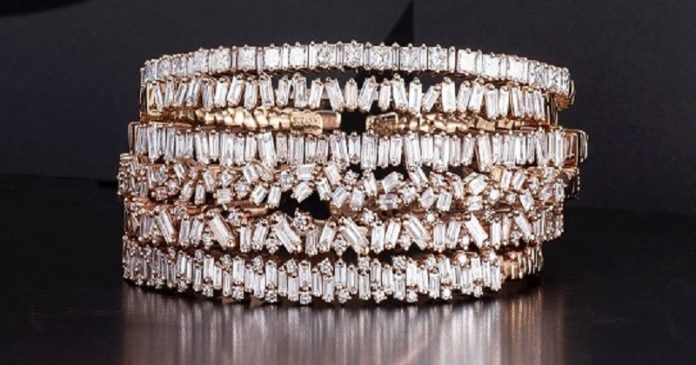 In the search for more departures from everyday (though dazzling) diamonds, I was thrilled to come upon the latest spring collection from Suzanne Kalan. Except—spoiler alert—these aren’t diamonds. Whereas the jewels I sought earlier this week featured bursts of color through the addition of enamel, this alternative is of the darker, moodier persuasion. But it enchants and seduces all the same, and it does so with the signature pizzazz we’ve become accustomed to seeing from Kalan.And I thought, My goodness! Black diamonds, of course! What an absolutely fabulous, Sex and the City–esque alternative to the typical variation of April’s birthstone.Except, as noted in my opener, the black gemstones aren’t diamonds; rather, they’re sapphires.

My initial assessment remains, however. That Kalan would dramatize her signature baguettes with black sapphires only elevates and differentiates this collection from the designer’s typical brightly colored pieces. It’s also a departure for the brand: This is its first collection of black sapphire jewelry. Suzanne Kalan black sapphire diamond band Eternity band in 18k yellow gold with 2.35 cts. t.w. black sapphires and 0.7 ct. t.w. diamonds, $5,000
“I’ve been collecting black sapphires for some time now,” said Kalan in a statement. “The more I looked at them, the more I was captivated by their elegance and edginess.”

Elegance and edge is the perfect way to describe these sleek stones, and for those really wanting to squeeze them into the April birthstone box (perhaps I really do?), there is one piece featuring a striking, contrasting combination of white diamonds with black sapphires.

The collection—which is set to include about 25 pieces, only 3 of which are pictured here—will stand out through the summer, because even the brightest of souls need a little contrast from the typical rainbow assortment of the season. And I don’t need to tell you how on fire it will be in the fall, when shoppers tend to trade in their brightest brights for moodier hues. Suzanne Kalan black sapphire barbwire band Barbwire band in 18k yellow gold with 0.85 ct. t.w. black sapphires, $1,000 But the line may appeal to a wider range of shoppers, too, given the recent trend in gender-neutral styles: Kalan sees the black sapphires in her collection as a way to incorporate pieces that men can also wear.

Bottom line: This collection is beyond appealing. It’s like your favorite black dress, something that makes you feel absolutely marvelous when you wear it. It has transformative powers that the wearer will feel and onlookers will be able to see. No matter the customer’s gender, this will be a tempting one, even in spring.I’m told we can expect the rest of the collection to roll out from mid-April, and I absolutely can’t wait. 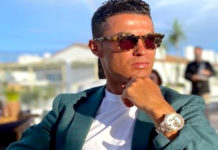 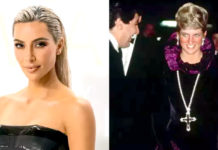 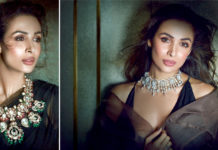 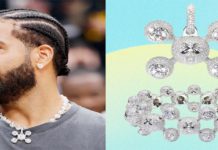 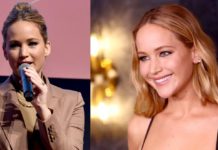