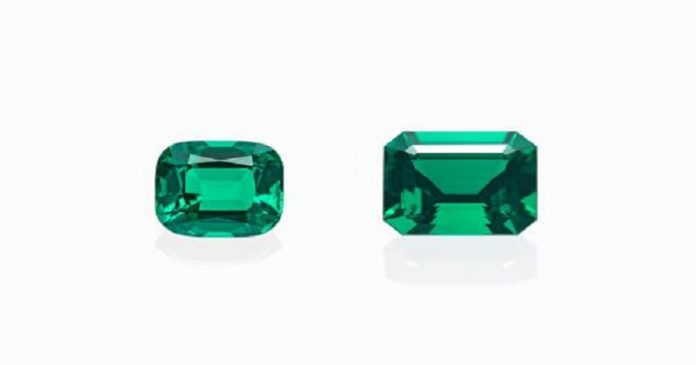 The first detailed study characterising an emerald type from Afghanistan that has recently become available in the gemstone trade has been prepared by a team of scientists from the Swiss Gemmological Institute SSEF, and published in the most recent edition of Journal of Gemmology. One of the challenges posed by such emeralds is that they are on occasion mislabeled as being Colombian, for they closely match South American specimens not only visually, but also in terms of their gemmological properties.

To conduct the study, the SSEF research team tested and analysed more than 100 gem-quality emeralds from the Panjshir Valley in Afghanistan, ranging in size from 1 carat to more than 30 carats.

To develop reliable means of distinguishing the Afghan emeralds from others in the marketplace, the research team compared hundreds of emeralds from different origins using a machine learning statistical algorithm (t-SNE: t-distributed stochastic neighbor embedding). Through a compilation of 56 elements in the t-SNE calculation, the emeralds from Afghanistan could be further characterised and differentiated from Colombian samples.

Gemmologically, the research team reported that the new emerald type from Afghanistan is characterised by spiky to tubular fluid inclusions (multiphase) and very fine and parallel hollow channels, both quite similar to inclusion features observed in Colombian emeralds. Although the team occasionally observed some chevron-like growth features, the honeycomb-like pattern that is characteristic of emeralds from Colombia emeralds has not been observed to date in these new emeralds from Afghanistan.

The chemical composition of these Afghan emeralds is astonishingly similar to Colombian emeralds. Only a careful trace element analysis of the stones revealed differences, with the most frequent being a higher iron concentration in the new-type Afghan samples, when compared to emeralds from Colombia. However, the iron concentration in Afghan materials is still much less than that found in emeralds mined in Zambia, Brazil and Russia, to name a few.

“This research project perfectly shows how the science of gemstone testing is constantly evolving, and we are proud to be at the forefront of such efforts in providing gem labs and the trade with new scientific knowledge about these fascinating new emeralds,” said Dr. Michael Krzemnicki, Director of SSEF and one of the authors of the study.