Home » In a new ad campaign, Beyoncé is adorned with 200+ Tiffany carats. 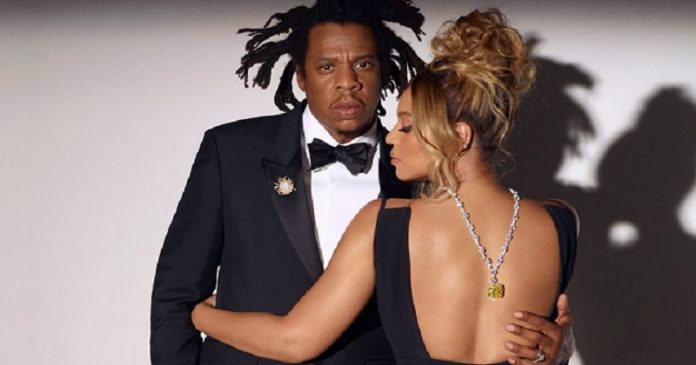 DIAMOND TIMES – Queen Bey is adorned with a 128.54-carat stone unearthed in South Africa in 1878. Tiffany & Co. just revealed that the most powerful power couple in Hollywood, Beyoncé and Jay-Z, have been hired as the jeweller’s new faces, with Anya Taylor-Joy from The Queen’s Gambit and Olympic skier and model Eileen Gu. New photographs have surfaced, according to Rough & Polished, revealing Queen Bey’s new Tiffany’s outfit. Beyoncé, 39, wears a black gown with a diamond chain “topped with one of the largest yellow diamonds in the world” in the ad photographs, which she shared on Instagram. The 128.54-carat stone was discovered in South Africa in 1878, and the necklace is over 100 carats in weight. Beyoncé wears a yellow cushion-cut diamond ring with a 22-carat weight on her ring finger. LVMH has indicated its plan to rebrand Tiffany since acquiring the 200-year-old jewellery chain in January 2021. Tiffany has debuted a new marketing campaign in New York and Los Angeles, featuring young women with the slogan “Not your Mother’s Tiffany.”