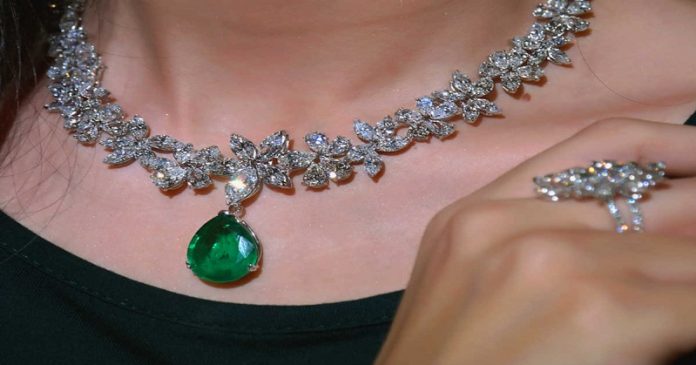 DIAMOND TIMES – Despite the challenges experienced in 2020, US consumers expressed strong demand for diamond jewellery throughout the fourth quarter of the year, outstripping demand for other luxury categories and apparel, as they sought out purchases with emotional meaning and enduring value, according to De Beers Group’s sixth Diamond Insight ‘Flash’ Report. Retailer interviews revealed strong consumer demand for classic diamond jewellery pieces, while research undertaken by De Beers Group in March 2021 also showed the desire for quality and lasting value is expected to continue, with 88% of US consumers surveyed saying they believe that it is better to invest in fewer but better things than in items which are fashionable but may not last.

Meanwhile, the report also provided insights from the latest round of De Beers Group’s bi-annual lab-grown diamond (LGD) tracker via 360 Market Reach, with a national panel of 5,000 respondents. The study found increasing awareness of LGDs among US consumers (with about two-thirds of fine jewellery consumers aware of the concept), allied to a growing perception that LGDs occupy a distinct position in the category as new, modern, fun, and appealing for impulse or self-purchase.

The research showed that consumers differentiate natural diamonds from LGDs by attributing to them the key category territories of “authentic” (60% vs. 6% for LGD); “romantic” (41% vs. 6% for LGD); and “would make me feel special” (37% vs. 3% for LGD). The top US consumer concerns regarding LGDs remained that they were not as rare as natural diamonds and will not retain their value over time, with seven out of 10 consumers stating that they would not pay more than $1,000 for a piece of LGD jewellery.

While 47% of consumers did not agree with the statement that lab-grown diamonds are “real”, consumers will still consider acquiring them as they are perceived as “fun” and “fashionable”, cost less than natural diamonds, and are seen as good for a self-purchase item as an alternative to apparel or leather goods.

A March 2021 De Beers consumer survey highlighted similar consumer sentiment regarding the value of LGDs. In a scenario where consumers buy LGD jewellery and the price of LGDs drops by 50%-60% over the subsequent two-year period while natural diamonds remain priced the same or higher, more than half (52%) of American consumers would either be less likely, or simply refuse, to buy fine jewellery from the jewelers who sell them this product. This negative impact is strongest for women, at 58%.

Commenting on the research findings, Steve Coe, CEO of Lightbox Jewelry, stated: “We have always sold our LGDs at a fair and transparent price, derived from a reasonable commercial margin above the actual production cost, rather than hitching it to what a natural diamond’s value might be. Recent LGD price falls simply indicate that we are today where others will likely be tomorrow. Around or below $1,000. Exactly where the consumer wants us to be.”