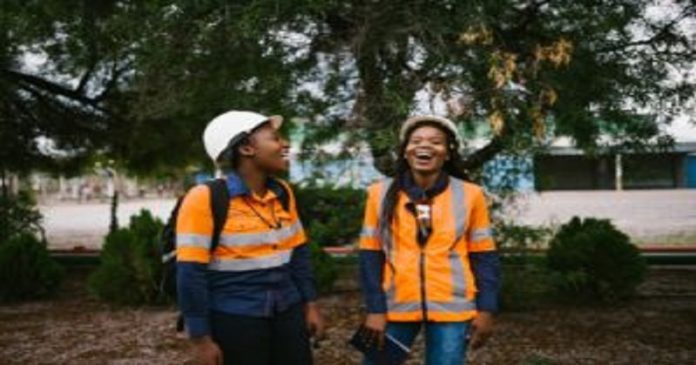 In pursuit of its mission to achieve gender parity by 2030 ,Deepens commitment with an additional US$3 million to support women entrepreneurs in its host countries in southern Africa

DIAMOND TIMES – De Beers Group announced on 8th March, the International Women’s Day that it has extended its global partnership with UN Women for a further five years. De Beers Group joins the newly-formed HeForShe Alliance and is committing to increasing the representation of women in technical and leadership roles within its business, as it works towards achieving gender parity across its workforce by 2030 as part of its Building Forever sustainability goals.

The HeForShe Alliance brings together leaders from across government, the corporate world and civil society to develop the largest set of scalable and sharable solutions for gender equality’s most pressing challenges. De Beers Group’s commitment is focused on overcoming some of the historic barriers to women entering and advancing in science and technology fields to foster a more diverse talent pipeline within its business.

De Beers Group has been a UN Women partner since 2017 when it announced its initial commitment to accelerate the advancement of women across its organisation by achieving parity (defined as between 40% – 60% by the IMF) in the appointment of women and men into senior leadership by 2020. Having achieved this, with the appointment rate increasing from 22% to 40% over the three-year period, De Beers Group is now focused on achieving gender parity across its full workforce.

Bruce Cleaver, CEO, De Beers Group and UN Women HeForShe Champion, said: “We are thrilled to be extending our partnership with UN Women for another five years and to be joining the newly-formed HeForShe Alliance. Achieving gender parity across our workforce is a business-critical priority for De Beers Group – not only is it the right thing to do, it’s the only way we will access the full talent pool and achieve our full potential. Now more than ever we have a societal imperative to keep working towards gender equality, as the Covid-19 pandemic has brought new challenges and we must work hard for sustainable change.”

Katie Fergusson, Senior Vice President, Sustainable Impact, De Beers Group, said: “We’ve made really meaningful progress on increasing the representation of women in leadership roles in our business during the past three years, but now we want to accelerate this momentum with a particular focus on technical roles, where women remain underrepresented globally.”

As part of the extended partnership, De Beers Group will also invest an additional $3 million to extend the AWOME (Accelerating Women-Owned Micro-Enterprises) programme in southern Africa, which was launched in 2017 in partnership with UN Women.

The programme has provided tailored business training and mentorship to more than 1,000 women entrepreneurs in Botswana, Namibia and South Africa to date, as well as qualifying over 50 local trainers to ensure the programme’s sustainable future. As part of its Building Forever goals, De Beers Group has committed to supporting 10,000 women micro-entrepreneurs by 2030.